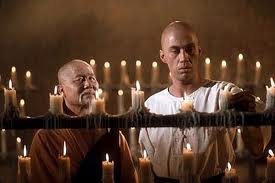 Master, I have a problem. There is a person in my group who is constantly attacking others either verbally or physically. I tried to reason with him, but to no avail. It bothers me so. Master: Why does it bother you? Disciple: Well, I don't understand why the hostility. It gets everyone agitated, and we end up having arguments and no peace. Master: What would happen if this person did not exist? Disciple: Then I guess everything would be smoother. We won't have to constantly argue and attack and defend. More harmony I would say. Master: If this person were to have never spoke or attacked, since the first time you met him, would you have noticed him? Disciple: I do not know. Viewing him in that way is contradictory to his behavior now. Maybe I won't pay as much attention to him as I do now. Master: Most behaviors have a purpose. There must be something positive that person gets from his behavior, or else he would not continue doing it. Disciple: Perhaps attention? Perhaps this person lacked attention as a child and was ignored? And this person found that attacking was a way to get people's attention? Maybe this person found out at an early age that creating havoc and getting all the subsequent attention distracts from the loneliness of being alone or ignored? Maybe this person lacked love as a child and this was the only way he could reach out to people. And this behavior continued with this person as an adult. Master: Perhaps. Many people have a need and drive to exist. They can verify it through others, or they can verify it through the SELF. Although you are a participant in his desire for existence, he is also a participant in your own. Disciple: How is that so? I am just trying to keep the peace. Master: In order for you (or others) to be agitated, you must have some beliefs that you are holding on to. You are validating your own existence by defending your view and opinions. Otherwise, no arguments would exist in the first place. Perhaps that person knows he exists by getting attention. Perhaps you know you exist by the views and opinions that you hold. Upon hearing this, the Disciple's face lights up and smiles